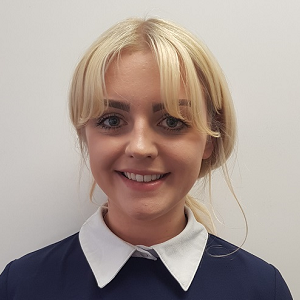 DSC Researcher, Lauren Shaw, rounds up the policy news from around the sector.

I suppose the biggest news story of the week is… there is light at the end of the tunnel! Tests have shown that the Pfizer/BionNTech coronavirus vaccine is over 90% effective. The UK Government has already secured enough supplies of the vaccine to treat 20 million people. A further five million doses will become available early next year in the form of the Moderna vaccine, which is determined to have an even higher level of effectiveness (at 94.5%). Health Secretary, Matt Hancock, hopes to roll out vaccinations from the beginning of December.

Funds from £200 million emergency coronavirus scheme have been ‘fully allocated’

The Department for Digital, Culture, Media and Sport (DCMS) says that funds from the £200 million emergency coronavirus scheme have been ‘fully allocated’. According to this same statement, over 8,000 small and medium-sized have been awarded funding. However, the National Lottery Community Fund (responsible for managing the scheme) was unable to confirm whether all grantees had actually received said funding. The Treasury first announced its support package in April this year.

Charities are to expect a £40 billion ‘legacy boom’ over the next 10 years, according to the Strengthening Charities’ Resilience with Legacies report. With gifts in wills having raised an estimated £3.1 billion in this year alone, the report encourages charities to ‘strengthen their legacy fundraising programmes’ to create greater stability post-coronavirus. Research also shows that over 10,000 charities are named in wills each year, and so fundraisers are urged to collaborate with one another to help ‘grow the market’. You can download the full report here.

Barnardo’s was flooded with racist comments this week, after producing a guide for parents on tackling white privilege in the household. Readers were incensed at the supposed implication that hardship is rarely experienced amongst white people, and accolades unfairly won – despite the guide clearly stating: “[white privilege] doesn’t mean that, as a white person, you haven’t worked hard for what you have, or that you haven’t suffered.” Some readers even threatened to cancel their direct debit donations to the charity in light of the piece. The uproar prompted dozens of leaders in the sector to sign a statement produced by ACEVO, pledging their support for all people and organisations ‘striving to create a more just society’.

Bear Grylls urges the government to release funds for Scouts

Bear Grylls has called upon the government to release funds from its £500 million Youth Investment Fund. As Chief Scout, he speaks on behalf of Scouts and Girlguiding groups that cannot ‘pay their bills, heat their buildings or pay for the most basic costs’. He claims that in Scouts alone, 500 groups are ‘on the brink of collapse’. In the wider sector, research indicates that one in four youth organisations cannot meet core costs, and three quarters have lost volunteers who are likely to never return. He reminds the government that youth services are not just ‘nice to have’ but vital, with two thirds of young people having reported that the pandemic has impacted their mental wellbeing. He implores the government to ‘do the right thing’ and invest in the youth, as promised.