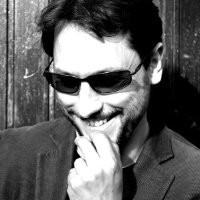 Paul Brollo writes about the words we use and how those words affect others.

The words we use affect other people

Words can hurt people. We can use them to lower other people’s self-esteem, and in the process, we can make other people believe that they’re worth less than they are.

Of course, the point isn’t to make others feel they’re worth less. The point is to make ourselves feel we’re worth more, but we don’t usually admit that to ourselves. We can make the mistake quite easily of believing that if we lower other people’s status, we can also raise our own.

The effect of our words is psychological

Our ancestors called this magic – the belief that we can make things outside of us happen purely through the power of own will. In our rational, materialistic world, our belief in magic still lingers in our habit of using words to make others feel bad about themselves.

Take the word “snowflake”. Many of us were taught that snowflakes are unique, and that like snowflakes, all people are unique too. Whether or not snowflakes and humans are unique is a matter of debate, but the intention behind the teaching was positive. The intention was to make us value both who we and others are.

Our interpretation of words can determine how they affect us

In more recent years, the word “snowflake” has become an insult used by those who value strength over self-expression against those they see as weak rather than unique. After all, snowflakes are vulnerable and can disappear in an instant.

This insult has been aimed particularly at younger people, and particularly at those youngsters who show their emotions. This irony is particularly cruel. We raised a generation of people to be in touch with their feelings and to talk about those feelings without fear of reproach. We expected them never to suppress what they feel.

But when they arrived at adulthood, and talked openly about how they feel about the world they’re inheriting, we started criticising them for being weak, and despairing that they would ever be able to handle the challenges of adult life.

We can change our interpretation of words to change their effect

The secret of growth and development is consistency. If we’re going to encourage younger people to be something called “vulnerable”, then we should support them to understand the power of vulnerability, and how to use that power to find the courage they need to live.

The power of vulnerability is honesty. When we’re honest about our hopes and fears, we find the strength we need to face the challenges of the moment.

We should carry through on our approach to early development. After all, adults need as much nurturing and support as children.  That need doesn’t disappear suddenly the day we become old enough to vote.

The opposite of being “vulnerable” is being “constructed”. For decades after World War Two, constructed men and women behaved as if they were invulnerable, indestructible and in control. In the process, they also created widespread division amongst people and widespread destruction of our environment.

They’re still active to this very day. But their constructed identity isn’t real.  It’s a lie – one that these constructed people believe more fiercely than any of their followers.

The only way to be stronger is to be more human

Using words to lower other people’s status will never make us better people, and it’s got nothing to do with magic. It’s got to do with the fact that human psychology has specific laws of its own.

Choose your words more carefully to build your resilience

Choosing to see others as vulnerable rather than weak; and choosing to see vulnerability as a strength rather than a weakness could raise everyone’s status – and a society full of people with healthy self-esteem might be a society better equipped to face the challenges of the future.

Want to find out more about the effect words have on others or how to choose them to build your personal or communal resilience?

Check out our Writing for Impact course here.